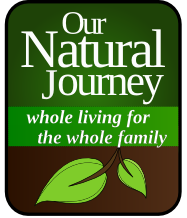 I think it’s time I came out of the closet about something: We’re not following the Paleo diet anymore. Actually, we haven’t been for months. I just haven’t put it in writing until now.

We’re still eating gluten-free, of course, since my husband still has celiac disease and it’s just easier for us to keep a gluten-free household than worry about eliminating cross-contamination. But we’re eating grains again and nobody seems worse for it (in fact, the opposite, if anything).

So, what happened? It started when I was pregnant. I know there are plenty of Paleo women out there who maintain their diet during their pregnancy, but I just couldn’t do it. When morning sickness struck, all I really wanted was a piece of toast or some crackers. And maybe, just maybe, a little cheese. Once I started down the road of not eating Paleo, there really wasn’t any looking back for me.

Another factor: I no longer had the energy or time to prepare all those fresh-baked Paleo substitutes. Soon, my son was back to eating grains, too. Frankly, it’s just easier to pick up some gluten-free pizza crusts or bread at the grocery store than to try to make my own from scratch. And a funny thing happened as we reintroduced grains into his diet — his digestion improved. I think that’s probably because my Paleo baked goods relied heavily on almond flour, which can be irritating to the digestive system.

My husband, who was the biggest promoter of all things Paleo, was the last one to reintroduce grains into his diet. For years, he’s been struggling with his weight and he’s tried just about everything to shed pounds, but nothing clicked. Yet with(carefully selected) grains back in his diet, eating low-fat and restricting how often he eats, he’s lost about 45 lbs. He looks better than ever.

I still believe the philosophy of the Paleo diet makes sense and there’s plenty of science to support it, but the reality is Paleo eating just didn’t fit our lifestyle well. My son is carb addict and baking Paleo goods required a lot of time and effort on my part and usually incorporated almond flour that seemed to irritate his digestive system. And I found living the Paleo lifestyle to be really difficult and frankly not all that enjoyable. And as important as healthy eating is to me, I also want to enjoy my life (and my food).

3 Responses to We’re No Longer Paleo