How to make your own coconut milk 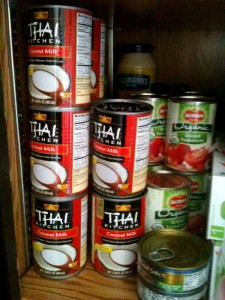 Coconut milk doesn’t exist. At least not in nature. That’s something I didn’t realize until yesterday, when my husband was perusing the Tropical Traditions website (now we know why they don’t carry coconut milk).

Since we don’t eat dairy, coconut milk is a mainstay in our household. We prefer the Thai Kitchen brand because it doesn’t have any sugar added (unlike some refrigerated brands) and it’s labeled “gluten-free” right on the front of the can (yes, I realize gluten isn’t typically added to coconut milk, but since my husband has celiac disease we always have to be concerned about where things are manufactured, too, not just the ingredients).

One problem with buying canned coconut milk, though, is that the cans often contain BPA inside and BPA can leach into fatty foods like coconut milk. BPA is a synthetic estrogen that disrupts the endocrine system and has been linked to cancer, diabetes, obesity and damage to the brain and cardiovascular and reproductive systems (read more about BPA here), so it’s something we generally try to avoid.

Beyond the health concerns associated with the chemicals in the cans, coconut milk is also expensive. In our area, the cheapest place we’ve found to buy Thai Kitchen coconut milk is $2.14 for a not-quite 14-oz. can (and that price has gone up in the last year).

So, what is this pricey stuff really made of? Coconut and water. And that leads to the next problem. I have no idea what is in the water that is being used to make the coconut milk that’s sold in the stores, and I’m concerned there might be some things in there that I really don’t want to be ingesting on a regular basis, particularly since many of the coconut milks sold in the United States are made elsewhere. Thai Kitchen is made in Thailand, and I’ve seen other brands that are made in Mexico. How do you think Thai and Mexican environmental regulations compare to the United States? I haven’t researched this, but my hunch is that regulations are much tougher here.

The good news is that since coconut milk consists of two simple ingredients it is really easy to make yourself. I whipped up my first batch today. Here’s the recipe: 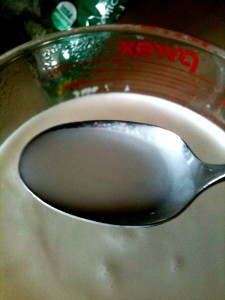 Prep. time: 20 minutes (including my usual scramble around the kitchen — where did I put that darn cheesecloth?)

6 Responses to How to make your own coconut milk